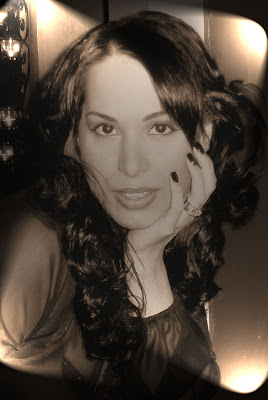 Suzanne Casale Melone (aka as Lil Suzy) was born on March 1st in Brooklyn, New York. Her career began at the age of five when an agent spotted her performing at Manhattan Beach in Brooklyn, where she performed cover hits of superstars such as Madonna, Tina Turner and Cyndi Lauper. Soon after, she was being booked to perform at various New York nightspots, including the infamous Studio 54.

She was signed to her very first record contract at age eight and even performed on "Star Search" in 1987. During that time, Fever Records released, "Randy", her very first single. She went on to perform at various events with other popular freestyle legends such as The Cover Girls, Judy Torres and Cynthia. Lil Suzy also performed at the album release party of 'The Cover Girls' debut album at the popular New York City Night Club '1018' in 1987.

By 1991, at the age of 12, her very first album, "Love Can't Wait", was released. The track "Take me in your Arms" was released by the time she was 13 in 1992 and became a huge Freestyle and Dance hit. The single hit the Billboard Hot 100 and was accompanied by her first music video. The single was also her first to go gold, reaching the #1 spot on Billboard's Dance chart. The title track, "Love Can't Wait" (which was recorded a year before "Take Me"), was the B side to her first single and "Falling In Love" was released as a cassette single in Germany. The end of the year brought Suzanne much success as the Lil Suzy was awarded "Best New Dance Artist of 1992".

In 1993, Lil Suzy released a remake cover version of Vickie Sue Robinson's classic disco hit "Turn the Beat Around" and released a music video to accompany the single. After her follow up album, "Back to Dance" was released, Suzy and her parents created "Empress Records", a company in which Suzy would become the youngest President of a record label in the music business... ever.

In 1994, the single "Promise Me" was released and climbed onto Billboard's Hot 100. By April of 1995, her third album, "Life Goes On", was released under the freedom of her own record label. That year saw the release of the singles "Now and Forever" and the eurodance track "When I Fall in Love", as well as a video. The eurodance track proved immensely popular and received heavy radio rotation. While Suzanne continued with her studies at a local High School in Staten Island, New York, she took time to perform at various venues and events as well as on the nationwide talk show 'Jenny Jones'.

1996 and 1997 continued to bring more dance hits from Lil Suzy, hits which she continued to perform at popular nightclubs throughout the the U.S. and Canada. She released "Just Can't Get Over You" in November of '96 which featured a eurodance track B-side entitled "Lies". Suzanne co-wrote the funky "tango" inspired dance track "Can't get you out of my mind ", which was released in the summer of '97 and became a club hit. With lyrics like "....you think you can handle my body....", her fans were now getting the first taste of a grown Lil Suzy. Also during that year, a Philedelphia based group called "No Shame" became the first act signed to Suzanne's Empress Music label. Lil Suzy shared her musical talents as a featured singer on the group's first single "One Night", which was released in the fall of 1998.

The "Paradise" album was released in August of 1997 and was not the "Lil" Suzy everyone expected. With this album she entered a new direction and co-wrote two tracks. With songs like "Do you want to ride", she was showing the world that she was no longer a little girl but was now a young woman. The track "Love Letter Lost" was co-written and co-produced by fellow dance artist Crystal Waters. The tracks on the album were of various dance genres that ranged from Freestyle, House, Eurodance as well as Pop. The single "Memories", was a freestyle cover of Netzwerks big hit and was released. By 1998, the pop track "I Still Love You", the third single off of her fourth album, was released.

"You're the Only One" was released in November of 1999 as a single to promote her first hits compilation album, "Lil Suzy:The Megamix". The collection included various continuous remixes of her biggest hits as well as a newly recorded version of her classic "Take me in your arms".

In 2000, Suzanne opened a nail and hair salon in Staten Island, NY while continuing to perform throughout the U.S. and Canada. In January of 2001, Lil Suzy's Paradise.com was launched as a tribute fan site to Lil Suzy while she was preparing her greatest hits for release. The fan site became a hit with her long-time fans and eventually became her official site. Also that year, Suzanne recorded "Treat Me Right" , which went on to become a Canadian dance hit and received heavy radio play on Z103.5 in Toronto.

During the Fall of 2001, the provocatively titled "From the Inside", was released as a 'promo only' under her given name of Suzanne Casale. The pure club track was heard on KTU Radio in NY and had a totally different sound than anything that Suzanne had ever recorded. Suzanne then recorded "Just A Freak", which featured fellow artist Stephanie. The track was set for release by 24/7 Records, which then filed for bankruptcy, leaving "Just A Freak" unreleased.

Suzanne released "Lil Suzy: The Greatest Hits" in January 2002, which included all of her greatest hits, including three new tracks which she co-wrote. Also that year, Suzanne recorded "Still I Cry" and "You'll See". The songs were co-produced by Canadian artist/producer Elissa who previously worked with Suzanne on "Treat Me Right" and were made available on "EuroFreestyle" compilation CD's.

April 2002 saw the German single release of "Dont You Want Me", a duet with fellow artist Collage. The song was a cover version of the original 1982 classic originally performed by The Human League. That year, Suzy was also interviewed for the "Kings and Queens of Freestyle" Video which would go on to be released on DVD in 2003. The end of 2003 brought Suzanne much happiness as she became engaged to her long time boyfriend Marc Melone.

In 2004, Suzanne began performing throughout the U.S. with fellow artists Angel, The Original Cover Girl and Lisette Melendez. As "S.A.L.", the trio began touring the country in a show which featured many of their individual classic hits. Also that year, Suzanne recorded the dance track "I'm In Love", which she wrote the lyrics to, and eventually recorded the trance track "Walls of Love." By the end of 2005 Suzanne was now a married woman. The newly married Suzanne Melone continued to perform throughout 2006 and gave birth to her first child, a baby girl named Angelica, in 2007. After some time off, the new mother returned to the stage in 2008. That same year she received a Freestyle Music Award at the first annual award show honoring those who have achieved success within the Freestyle Music industry.

In March of 2009, Lil Suzy recorded the dance track, "Dance Tonight". The song was written by dance and freestyle recording artist Jonelle and produced by dance , electronic, club music remixer/producer DJ Dan Ski. It was digitally released in May 2009 and became Lil Suzy's very first independent release. In September of 2009, Suzanne gave birth to her second child, a baby boy named Marc Anthony. She returned to the stage in spring 2010 to tour throughout North America performing all of her hits as well as performing with "S.A.L."

Throughout 2011 Lil Suzy continued to tour and in June 2012, she performed her last show of the year and went on a maternity hiatus. She gave birth to her third child, a baby boy named John Vincent in September. Lil Suzy returned to the stage for a special cause on Dec. 7, 2012 - to help raise funds for the victims of Hurricane Sandy at the "Stars Shine In Staten Island" Benefit Concert. She officially made her return to performing in early 2013.

In the past, Lil Suzy has also appeared on TV interviews on CNN and Eyewitness News in New York. She was once also named one of the "Top 25 under 25" musical acts in the country by 16 Magazine. She has also shown interest in pursuing an acting career as she has auditioned for the popular Broadway musical "Rent". Outside of the music arena, Suzanne also became a certified medical assistant.

Suzanne loves her fans immensely and is grateful for all of the love and support they have given her through the years. Wherever life takes Lil Suzy in the future, we know she will succeed and the love her fans have for her will continue to grow.