The sneak peeks and preview clips of Lil Suzy's "Dance Tonight" have been gaining great positive feedback since it's debut on La'Radio on Wednesday. Lil Suzy's loyal myspace followers are very excited about the upcoming digital release and are looking forward to June 18th, when they'll be able to dance tonight on their ipods and mp3 players. From fans to DJ's, the positive comments and messages left on Lil Suzy's myspace prove that there is lots of interest in this song! 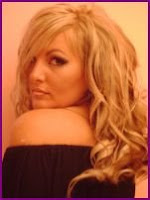 The song was written by dance and freestyle recording artist Jonelle and was recorded in March. Jonelle is known for her freestyle and dance floor tracks, "Unforgivable", "When I'm With You", "Fantasy" and her upcoming, "You Got That". Back in March, Jonelle posted a little teaser about the collaboration with Lil Suzy on her myspace blog:

"Lil Suzy is going to record a song that I wrote for her, called "Dance Tonight". We are going into the studio this weekend to record it. I'm so excited!"

Music production on the song was done by DJ, Remixer and Producer, DJ Dan Ski who has worked with other artists such as Stefanie Bennett and Jonelle. He specializes in Electronica, Dance and Club. On his official site back in February, DJ Dan Ski mentioned the then upcoming collaboration with Lil Suzy:

"The other big project that I am working on is ... Lil Suzy's new song!!! Yes, Lil Suzy will be recording a new song in mid to late March. It's very dancey, and very hot. Keep your ears open for it."

Yes, with all of the great responses that Lil Suzy has been getting, this collaboration has proved to make for one hot track!
Click images to link to their official sites.
______________________________________
Update: Yesterday, DJ Dan Ski posted his experience working on "Dance Tonight" on his myspace blog. Here is an excerpt:

"Lil Suzy's new single "Dance Tonight" is being released, and I just have to say that it was a pleasure and an honor to work on the song with her. It's amazing to me (still) that it was less than a year ago that this song was just an idea ... a beat/instrumental on my computer."
Click here to read more...
Share |
Posted by Lil Suzy's Paradise at 1:25 AM